Adam Pretorius expertly assists graduate students –from dental to medical to law students, and others. Each year he helps make the buying process exciting and rewarding. Regardless of market conditions, real estate has traditionally been one of the best long-term investments people can make. Now as the market has awarded low interest rates, buyers have even greater opportunities and more choices when searching for a home.Below is a guide to some popular neighborhoods for graduate students throughout the Iowa City area. Convenient from a variety of transportation sources, Iowa City is home to a great diversity of housing neighborhoods and communities. Adam helps you move forward and find your perfect home. 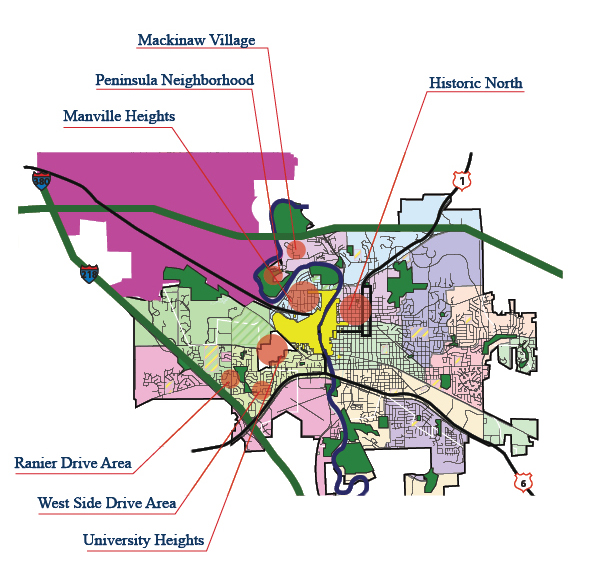 Few neighborhoods preserve Iowa City's origins better than the Historic Northside neighborhoods of Iowa City. From Original Town to Goosetown and the brick-paved streets such as Brown Street, its heritage is authentic vintage architecture and its community pride in preservation. Homes in close proximity to one another and with front porches and mature trees are within ideal walking distances from hardware stores, restaurants, schools, parks, and downtown Iowa City. In recent decades, a number of historic movements began to preserve many of the homes, preferring single-family use over rentals, and returning older homes to their original charm. When buying in the historic northside it is important to understand the rental restrictions and rules governing homes that are in historic preservation. 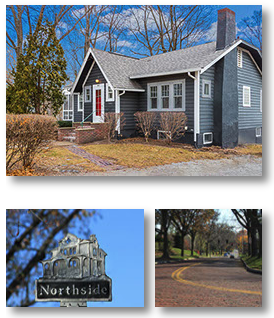 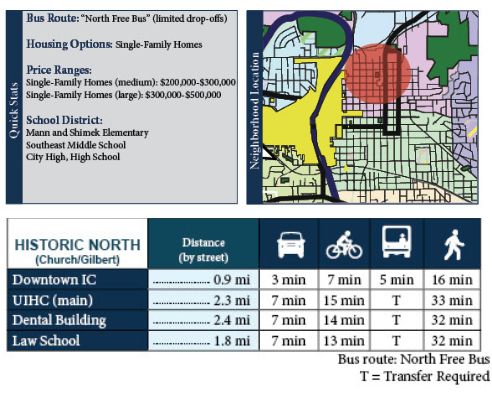 Renowned for its close proximity to downtown Iowa City, the University of Iowa campus, U of I Hospitals and Clinics and health colleges, law college, and arts and sports facilities, Manville Heights is a mature and highly sought neighborhood with diverse architecture from the prevalent early-twentieth-century homes to remodeled modern interpretations.  For decades, faculty, artists, physicians, and other professionals have made their homes in one of Iowa City’s proudest neighborhoods. Its high demand makes the neighborhood a popular and high-valued neighborhood. 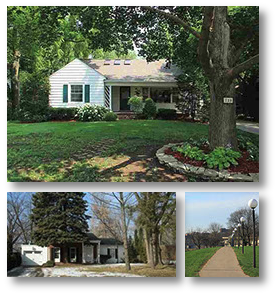 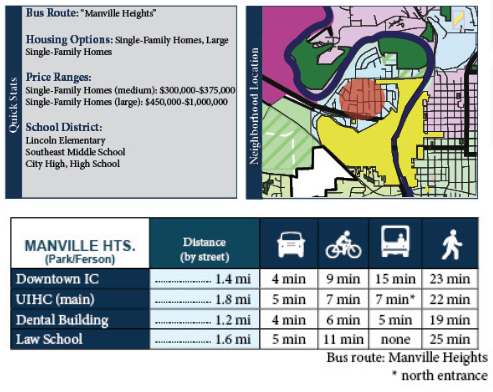 A town within a city, University Heights is surrounded by the Iowa City metropolitan area. Once farmland, it was incorporated in 1935 after citizens foresaw future growth west of the river and wanted to maintain a traditional small-town ambiance.  The town’s proximity to the health and athletics complexes makes it a very popular area with charming homes built from the early 1900s until today. With fewer than 500 households, it has a personality of its own, and an independent spirit within blocks of larger city amenities. Under its own city jurisdiction, rental restrictions different from Iowa City are important factors to consider in your long-term goals with the property. 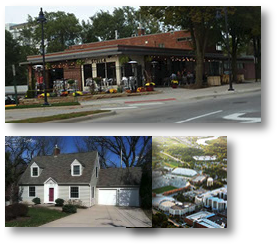 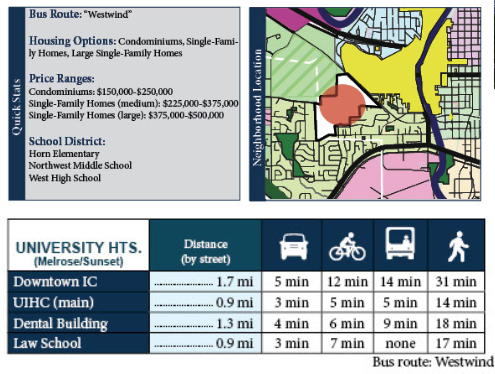 An attractive neighborhood modeled after the historic neighborhoods of America’s late 19th and early 20th century towns, the Peninsula Neighborhood was planned by the city of Iowa City with cooperation and input into its design by local residents. Based on planning principles of the spreading New Urbanism movement first popular on the East and West Coasts in such notable neighborhoods as "Celebration" and "Seaside," it is a pedestrian-friendly community with parks and common areas. Its location near a dog park has also made it a favorite for dog owners. The neighborhood features parks, playgrounds, trails, an upcoming wine bar/restaurant and a coffee/pastry shop, and a community setting. Being on the Downtown/Manville Heights bus route as well as having convenient access to interstate highways have made the neighborhood popular with commuting families, graduate students, faculty, health and legal professionals and university staff. Low maintenance options including snow removal and lawn care have made the neighborhood ideal for busy owners. 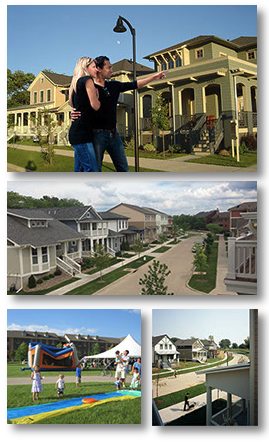 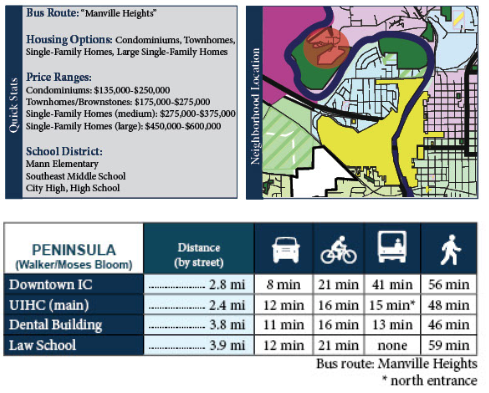 Located just before the Peninsula Neighborhood and across from the Elks Club and Golf Course, different housing types from condominiums to townhomes to single-family homes offer a variety of  options in different price ranges. 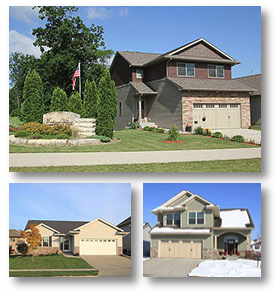 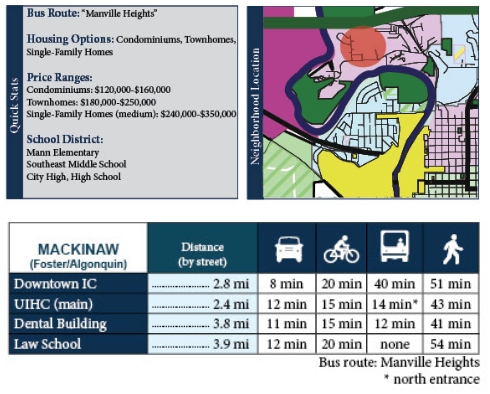 Since the late 1990's, Ranier Drive in Mormon Trek Village has been a popular choice for medical and dental students. Located off Rohret Rd. and Mormon Trek Blvd., this west-side neighborhood has convenient access to the University Hospitals and west campus. Primarily consisting of duplexes and townhomes, and some condominium buildings, this area offers a number of living-space options. 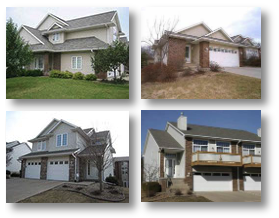 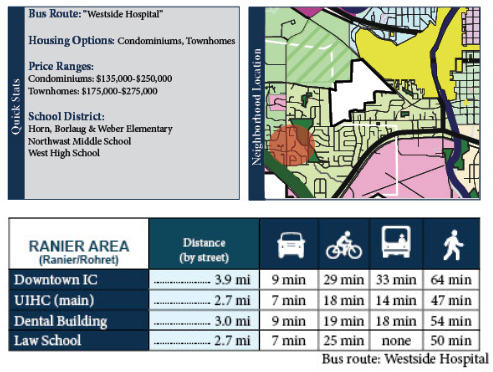 This west-side neighborhood began in the early 1990's and has easy access to Highway 1 and the University campus west of the Iowa River. It quickly became a popular choice among graduate students studying on the west campus. With options from condominiums to townhomes, the neighborhood has remained a popular choice to students for the past two decades. 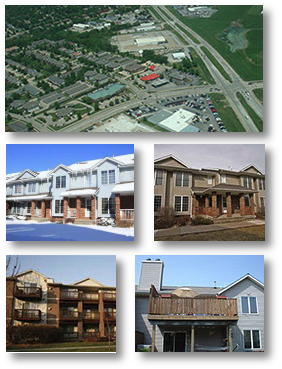 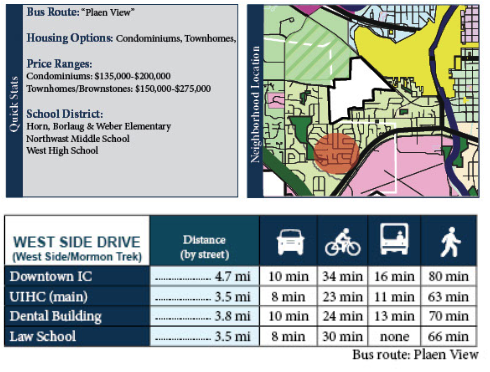 Information deemed reliable but not guaranteed | Check with the Iowa City School District (319.688.1009) for accurate school boundaries |  Verify with the Iowa City Transportation Services (319.356.5151) for bus route changes
These are neighborhoods we are most experienced but we assist clients throughout the area market including, but not limited to, Iowa City, Coralville, North Liberty, West Liberty, and Solon